Who couldn’t use a nap in the middle of the day to keep them going? Couldn’t that extra boost in energy take your day to another level? I don’t know about you, I have to believe a nap is a powerful source that makes a positive impact on a day toward getting more things accomplished. Hey! We’re never to old and often times we may think we’re too busy for nap. Here’s an article on how a nap can help you and how the lack of sleep can be harmful.

Crucial Part of a Productive Day? A Nap

You’ll accomplish more if you give your body sufficient downtime.

Entrepreneurs often claim to need minimal sleep. Yet the vast majority of people actually require six to seven hours, according to Michael Chee, director of the Centre for Cognitive Neuroscience at Duke-NUS Graduate Medical School in Singapore.

In a 2008 study, Chee and his team used functional MRI technology to observe sleep-deprived brains. They appear to function normally at certain times, which is what tricks people into thinking they need less sleep. However, lack of sleep suppresses activity in parts of the brain that control attention and filter distractions. Read more…

Who can use a few content ideas for creating video

How popular do you think streaming TV is? Most un

We would love to spotlight you on iDefine TV and s

Just in case you haven't been paying attention...

Remember the time when people said, "TV was dead"

Mark your calendars: Saturday is the first annual 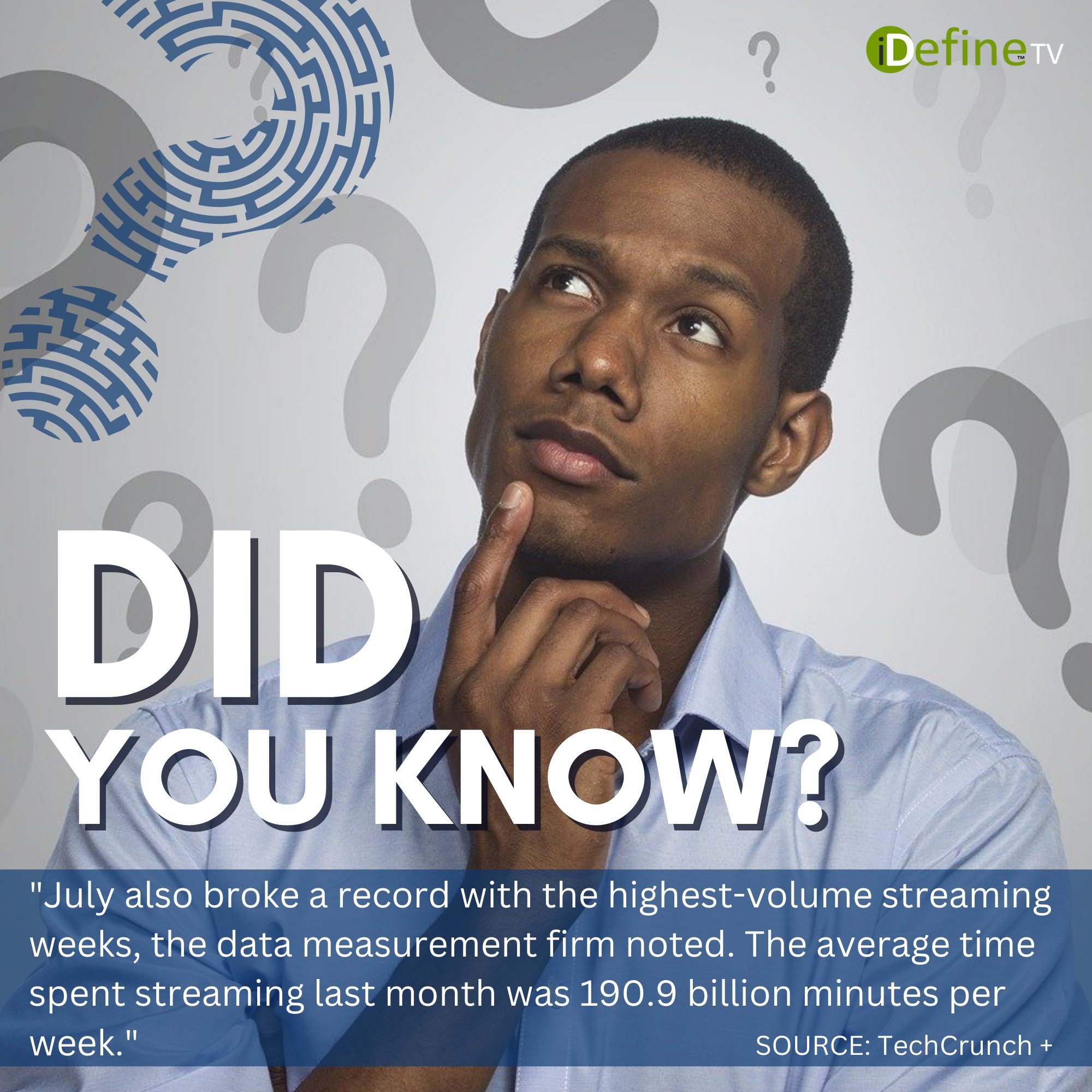