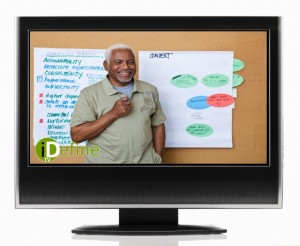 For media executives, there may be nothing worse than a viewer or listener who is not counted.

On Thursday, in a move that might help ease those concerns, Nielsen said that it would start considering Americans who have spurned cable, but who have a television set hooked up to the Internet, as “television households,” potentially adding to the sample of homes that are rated by the company, the standard for television ratings. In front of skeptical network officials, the company pledged to measure TV viewership on iPads and other mobile devices in the future.

Those executives have a gnawing feeling that their consumers are being missed more and more often. As new pipelines open up for viewers and listeners through social media, mobile apps and game consoles, advertisers fret that they don’t know how many people are really seeing their ads, television networks fear they’re not getting credit for getting those people to tune in and record companies wonder how they can keep up with all the ways their customers consume music.

These problems will only worsen in the years to come as new technologies further erase the boundaries that once existed between television and Internet; newspaper and cable news network; video and article. Read more…

Greetings! We have come across various reasons fr

It's an awesome day to know that your #potential i

Are you still on the fence about creating videos o

To all the young moms out there, remember: You are

Anything is possible. Now is the prime time to "Tu

Destiny is killin' it! She's about to get herself a deal tonight on #SharkTank. Who will be getting a deal with #LitHandlers? She's chill. Well she just snagged a deal with @TheSharkDaymond. #womenentrepreneurs #success #WomeninBusiness #beverage #GirlBoss
@iDefineTV