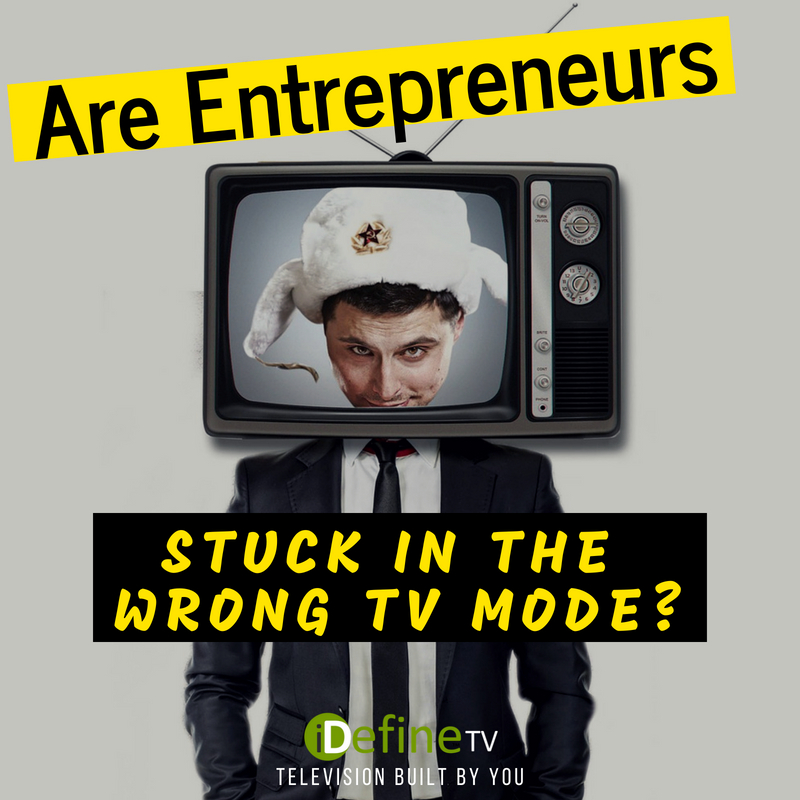 Are entrepreneurs stuck in the wrong TV mode? The other morning there was a trending article (Netflix Crushes Cable and Broadcast TV for Home Viewing, Survey Finds) on LinkedIn. There was a lot of conversation about it. I found the focus to be miss directed. Every comment I read was either speaking about the rising cost of cable and/or Netflix or cable television needing to change. What most entrepreneurs are missing is how Netflix has become the new TV. Televisions are still being used to consume Netflix by way of the smart TV and streaming TV devices like Roku. Right? What’s changed is how content is distributed to television. That conversation was nowhere to be seen. Why is that? 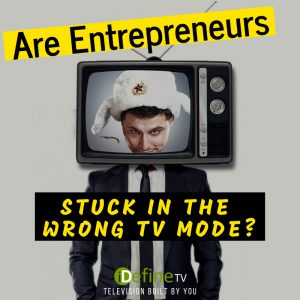 consume their content on such devices while positioning themselves as the expert and authority in their industry.

Let’s switch this conversation on how can entrepreneurs tap into steaming television to reach a demographic of people where 44% of them earn $75k annually. Netflix has done it and is doing it with the use of streaming TV devices like Roku Inc. What about you? Will entrepreneurs continue to talk about what Netflix has accomplished? Will the conversation still consist about how no one is watching cable and how to save money by cutting the cord?

When will the entrepreneur shift their attention and focus to ask the question: How can I get on the same platform that Netflix uses: smart televisions and smart devices? Flipping the switch in their mind from consumer to entrepreneurial to validate who they are, what they do, their expertise and knowledge to people who are in need of their products and services. Isn’t this a conversation worth having?

What people are saying: "I realize that this was a

I struggled with YouTube. No matter what I did not

What people are saying: "She does an outstanding j

We're at the point now where video marketing is es

What people are saying: "thank you for giving me t

Hilarious! Why does #SharkTank position @BarbaraCorcoran as a villain? It doesn't help with the look she's been giving on tonight's episode. Then they cut to a commercial as a cliff hanger. 😆 #startup #success #foodie #Entrepreneur #FridayVibes #negotiation #honeybee
@iDefineTV